Can you name our unnamed seal pup…

3 new seal pups arrived at the seal sanctuary last week – Simba, Merida and a 3rd seal which is currently nameless….can you help us find a name?

His story is a little special as he was first spotted on the 2nd of July at Killowen with Simba. Then two days later spotted again with Merida on the 4th. We finally had to collect him from Warrenpoint as he hadn’t moved from the area in 24 hours with no sign of his mum coming up to feed him. If seal pups find each other on the beach they will often stay together as a way to comfort each other while the mother seals are away at sea. This little fella was spotted with Simba and almost had an instinct to “protect” him from the volunteers trying to collect Simba. He went into the water and wasn’t spotted again until the 4th by Warrenpoint pier with Merida. Compared to Merida he looked in good condition and as before when volunteers went to collect Merida he went and swam away in the water.

With Keen eyes of a volunteer, he was spotted again in the same area the following day. While the public was kept well away, there was no sign of an adult seal coming on the beach to feed him. Without his mum and being in such a public area he was at a risk from dogs and other beach users. So he arrived at the centre the largest so far at 12kg and full of energy.

With this sweet story of “making friends” with Simba and Merida and “keeping them safe” until help arrived, we would like you to leave name suggestions on the post on our Facebook Page @explorisni – it must follow this years Disney theme. The person who suggests the chosen name will receive a family pass to Exploris Aquarium (if more that one person suggests the chosen name a winner will be picked at random). 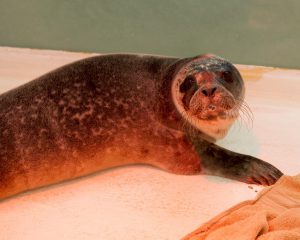 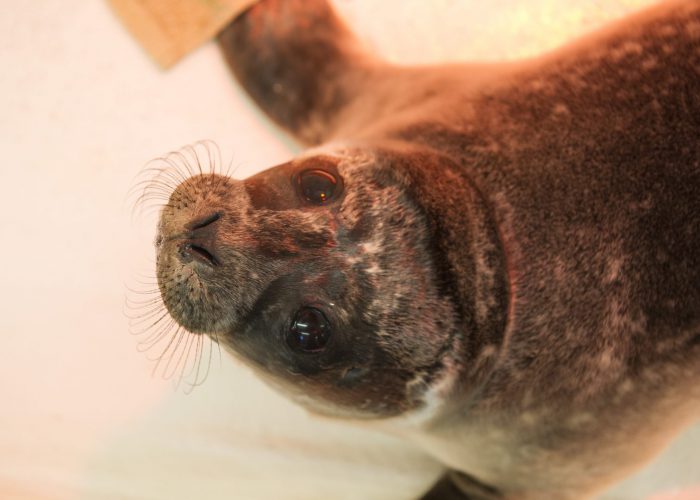