Exploris Aquarium celebrates the International Year of the Salmon

Exploris Aquarium, Portaferry, have opened a new display to the public to celebrate and raise awareness of the International Year of the Salmon (IYS) 2019. Working alongside The Department of Agriculture, Environment and Rural Affairs for Northern Ireland (DAERA), the new display features farmed Salmon on loan from the River Bush Salmon Station.

Northern Ireland has joined countries across the Northern Hemisphere to launch the International Year of the Salmon 2019, a North Atlantic Salmon Conservation Organisation (NASCO) AND North Pacific Anadromous Fish Commission initiative to support the conservation and restoration of wild salmon species.

Salmon have been a well-known and relatively abundant fish however salmon populations over the whole North East Atlantic have declined significantly in the past couple of decades, and they now need our help. Legislation has been introduced in Northern Ireland to help halt the decline of salmon but Atlantic salmon are still in a dangerous state in both their marine and freshwater environments, due to environmental change and human activities
.
It is hoped that the IYS will raise awareness of what humans can do better to ensure salmon and their habitats are conserved and restored, protecting them for extinction. There is also an opportunity not just to save salmon and their environments for future generations, but the communities and cultures that depend on them.

The IYS will stimulate an investment in research and leave a legacy of knowledge, data/information systems, tools, and a new generation of scientists better equipped to provide timely advice to inform rational management of salmon and build resilience for salmon and people.

Peter Williams, Curator at Exploris Aquarium said “We have been working hard the last few months to prepare our tank for the arrival of the Salmon and we are delighted they are now on display to the viewing public. We hope that this new display will help raise awareness of the decline of Salmon in our rivers and give us the opportunity to share our knowledge on how humans can protect the species.”

DAERA has confirmed its support for IYS 2019 through a programme of scientific research, public events and outreach that will continue until at least 2022. You can see some of the salmon conservation measures and research being carried out in Northern Ireland on the DAERA website.

Exploris Aquarium, Northern Ireland’s only aquarium is located in Portaferry on the Ards Peninsula and is open daily from 10am. Pre-book your tickets online for 10% discount. 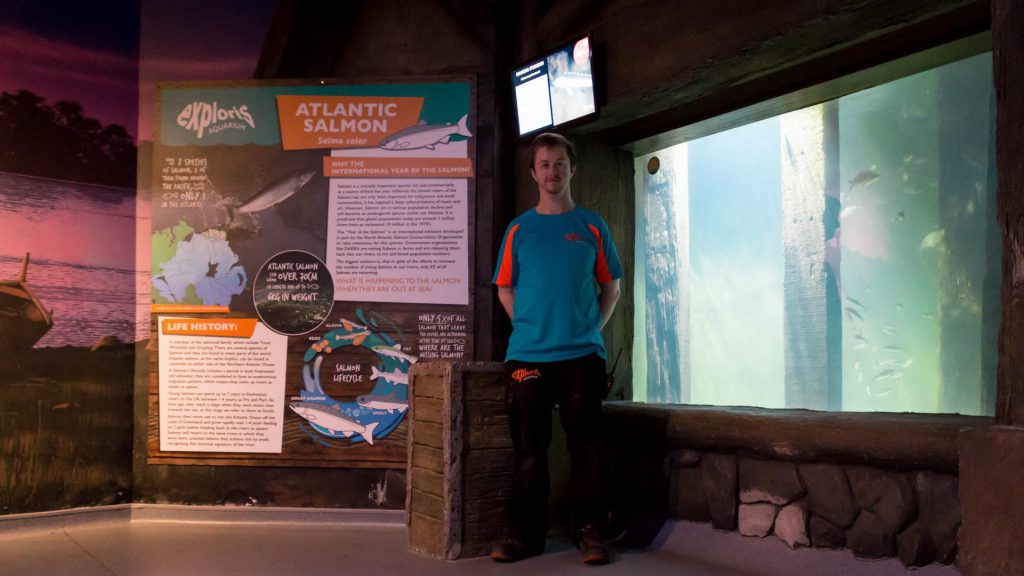 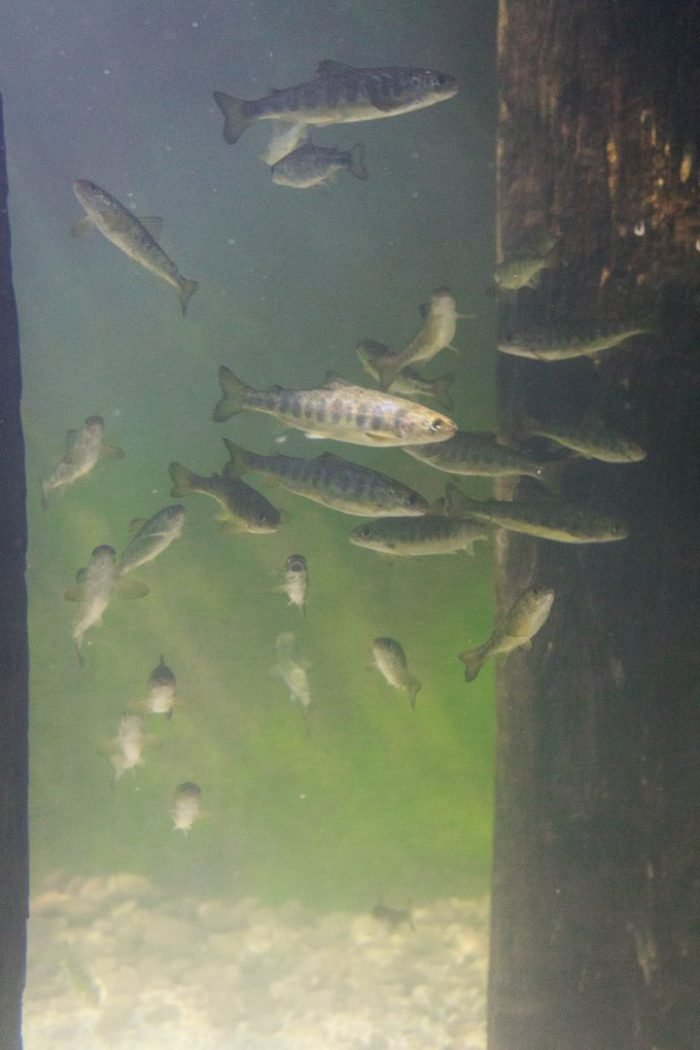