JC returned to his natural habitat!

In January 2019, a loggerhead turtle was found in County Donegal by a family walking along the beach. Juvenile loggerhead turtles should be in warmer waters and not around the coasts of the UK & Ireland, most likely he got caught in the gulf stream and carried off course by the current. The nine year old girl who found the him decided to call him Julius Caesar as she thought he was a fighter. JC (as he became known) was suffering from hypothermia and was stunned by the cold water. He was at 11 degrees when he arrived at Exploris and was slowly brought up to the correct temperature. JC weighed only a few hundred grams and in the last 2 years has grown to over 20kg – with a weigh in every month to check his diet was helping him progress well. He would eat the most out of all our resident animals as he is still growing, a mixture of fish, squid, crustaceans and gel diet. He still has a lot of growing to do and we expect him to reach 100kg by the time he is an adult. Loggerhead turtles are a vulnerable species and their numbers are in decline in the wild, hence why his release was organised in the Canaries. A big thank you to AER LINGUS for stepping up to help with this amazing adventure. We were hoping to release him last year but covid put a halt to our plans so we are really excited to finally fulfil the end of his journey with us. Upon arriving in Gran Canaria the vet, Pascual Calabuig checked JC over and exclaimed he was in perfect condition! JC ate a few fish and rested for a couple of hours in a pool before being carried to a nearby beach where he was released! 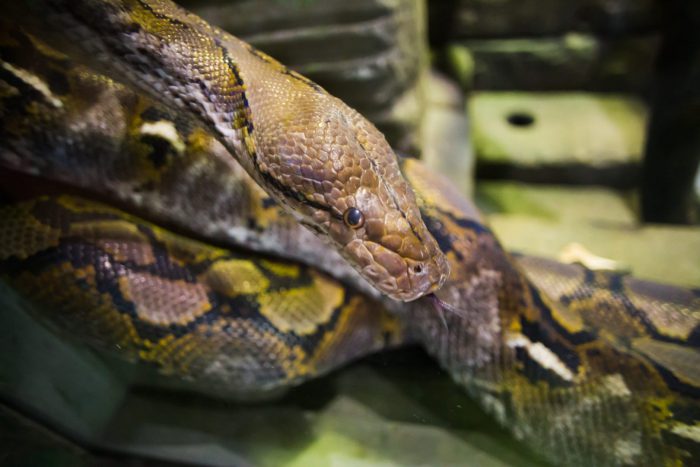