On the early hours of Monday morning the seal rescue team at Exploris Aquarium made the 5 hour journey from Portaferry to Co.Donegal to follow up on reports of a very lost loggerhead turtle which had been washed up on the beach.

Found by Daniel Johnstone and his daughter on Sunday afternoon it is currently being treated for cold-stunning at Exploris Aquarium.

Juvenile Loggerhead Turtles should be in the middle of the Atlantic in warm waters where there is plenty of food, not returning to shores until they are approximately 7-12 years old. The individual currently at Portaferry is likely to have been caught in the gulf stream, travelling several hundred miles away from its home.

Peter Williams, the aquarium curator said “We would like to take this opportunity to tell the public to keep their eyes peeled for anymore loggerheads which may be in our seas. If you come across anything please get in touch with Exploris Aquarium immediately on 028 4272 8062”.

During this critical stage the Loggerhead is not available to be seen by the public as it receives around the clock care. Strandings like this are rare for Northern Ireland and the turtle will remain critical for several weeks.

More information will be released as the situation develops. 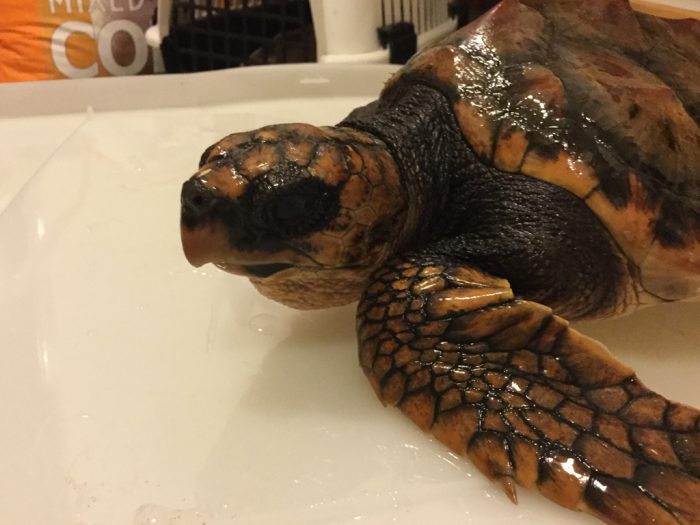